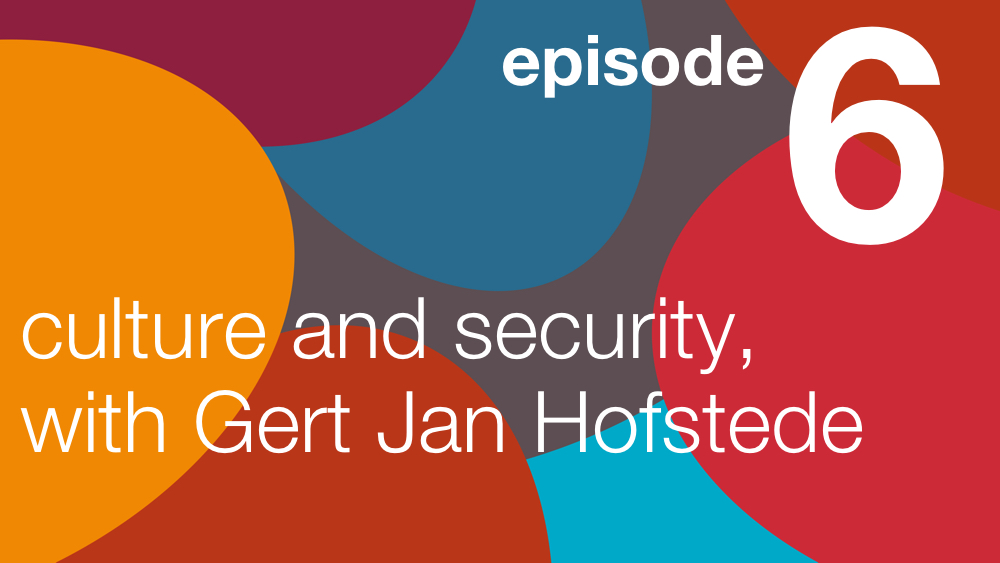 Today, Bruce is joined by Gert Jan Hofstede. Gert Jan is a population biologist and social scientist hailing from the Netherlands whose research and publications have provided many with deeper understanding in the areas of cultural evolution, societal change, cultural stability, and how those forces interact with and have influence upon one another. He is also known for his work in social simulation as well as for a number of books he has co-written with his father, Geert Hofstede. In this episode, Bruce and Gert Jan discuss a wide variety of organization and culture-related topics that have important implications for the Cyber Security industry.

“It is as if you were a fish and they asked you to describe the air… If you’ve always lived in one place in the world, then it’s very hard for you to see that behaviors from another place that seem strange, illegal, ridiculous… that those behaviors can make sense, but within a larger [cultural] system.”

Join Bruce and Gert Jan in this episode of Re-thinking the Human Factor as they explore:

MORE ABOUT GERT JAN HOFSTEDE, HIS BOOKS, AND HIS RESEARCH:

Associate Professor at the Information Technology Group at Wageningen University & Research // Population biologist and social scientist in information management and social simulation // Interested in the interplay of the contrasting forces of cultural evolution, societal change and cultural stability.