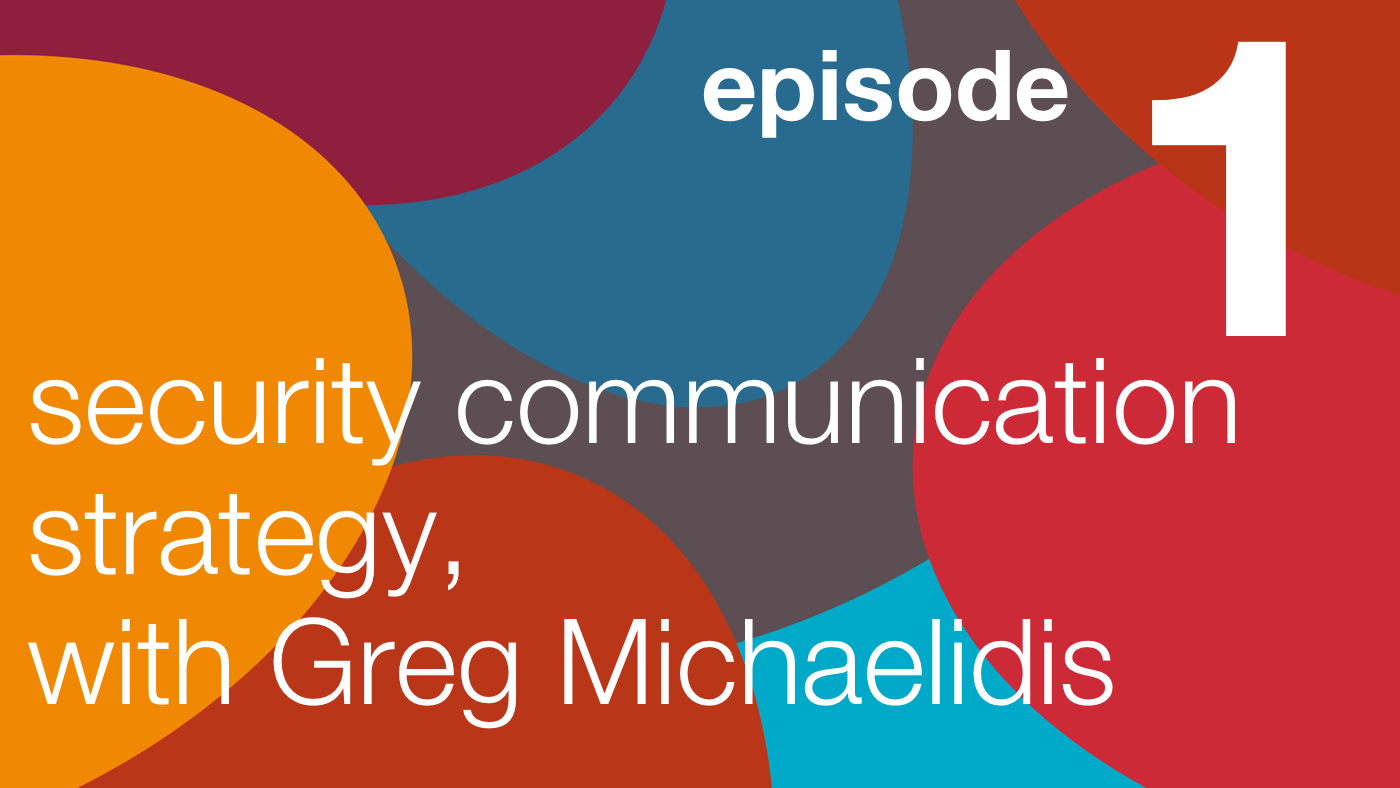 An Interview with Gregory Michaelidis

In this episode, Bruce and Greg discuss issues around cybersecurity awareness, how to improve messaging and security communication strategy, and perhaps even more importantly, what needs to be done to ensure that awareness is turning into positive security behaviours.

“So when we have more of those people who aren’t from the traditional computer science or engineering backgrounds who are contributing to the conversation, I think it will be a sign of health, that we are getting beyond what is now…a heavily industry or fee-for-service/fee-for-product driven model that is in need of a real shake-up.”

From 2009 until 2016, Michaelidis served as a key Obama Administration communicator on security, public safety, and community preparedness issues. As director of speechwriting for the Department of Homeland Security (DHS) he led message development and coordination across the third largest cabinet-level agency of the federal government. Most recently, he advised top DHS officials on communicating with the private sector and the American public about cybersecurity risks.

Dr. Michaelidis brings his longtime passion for translating complex issues for general audiences and is a regarded expert on evidence-based approaches to security awareness efforts. He is a Truman National Security Fellow, a Cybersecurity Fellow at the New America Foundation, an advisor to the Human Behaviors in Cybersecurity program at ideas42, and part of Duco Experts, a startup marketplace of leading international affairs and security experts.

Before joining the Obama Administration, Dr Michaelidis spent a decade creating compelling policy campaigns at a major public research university, influential think tanks, and a growing public affairs firm. An outside foreign policy advisor to the 2008 Barack Obama and 2004 John Kerry presidential campaigns, he has BA and MA degrees from the University at Buffalo, SUNY, and a PhD in history from the University of Maryland, College Park. He lives in Washington, DC, with his wife and two daughters.

“Much of the energy in security policy would go into policy formulation and interagency tussle over who would implement the policy, but once that was all figured out, the policy given less attention, especially in regards to the manner in which messaging around a certain policy was delivered to people who would ideally hear it and get on board.”

Blog Post: The world’s not one size. Why have a ‘one size fits all’ communications approach?
Training Course: SABC Introduction Workshop