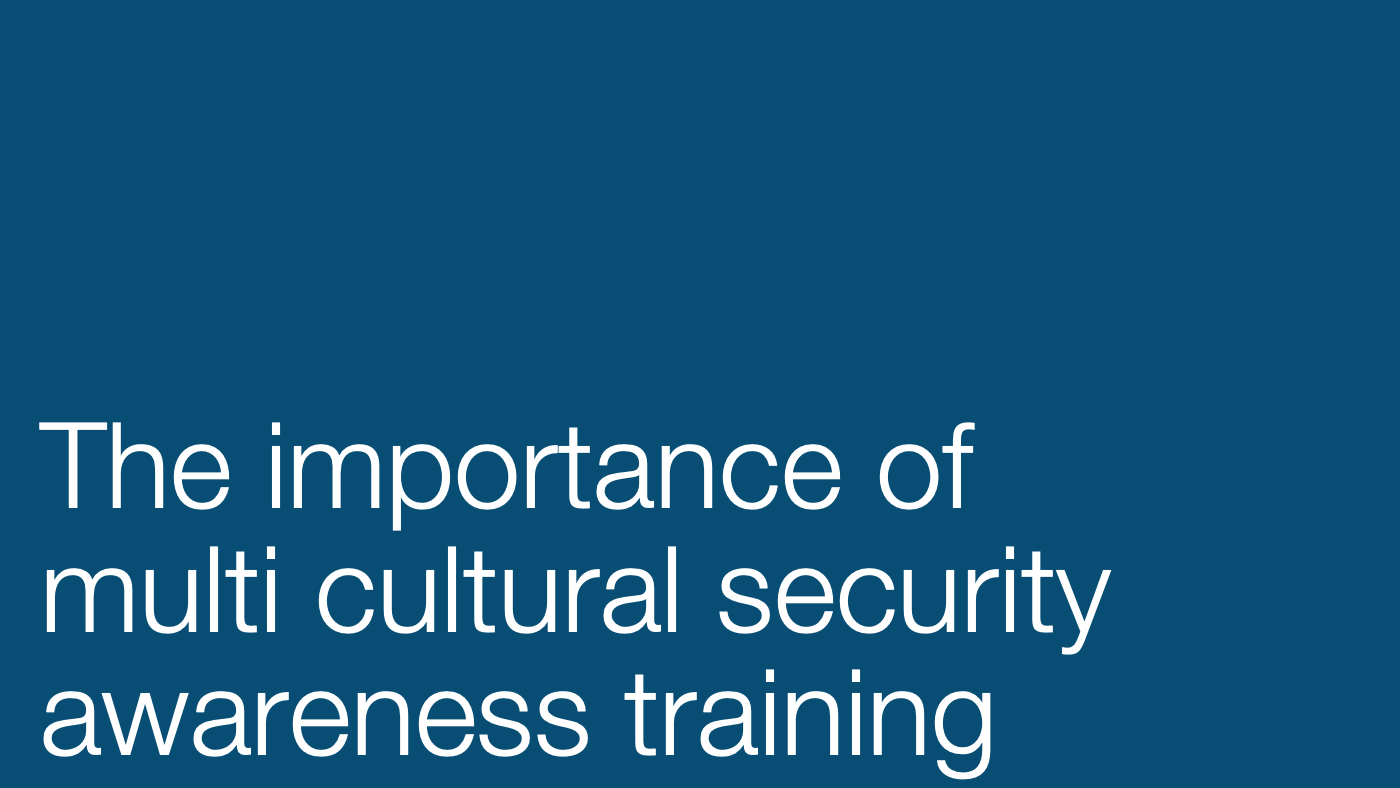 There are approximately 7000 languages spoken around the world and various studies estimate that 60-66% of people can speak at least one language. Yet listening to a foreign language, even if you’re highly proficient in it, takes more mental and physical energy than listening in your mother tongue.

Spending a whole day being trained in anything other than your first language is hard work, as well as the likelihood that nuances and cultural references may get lost in translation. What works in one country or language doesn’t necessarily translate directly to another.

Which is why we’re delivering our multi cultural security awareness training – Re-thinking the Human Factor Workshops – around the world to build a network of associates who can deliver the workshops to other information security professionals in their own language and with appropriate points of cultural reference.

Making our security awareness training as effective as possible

A huge amount of research has been carried out into understanding how the brains of people who speak more than one language process secondary languages. Where one language is dominant, their brains translate the non-dominant language into the dominant one to enable them to access their conceptual memory and understand what is being said.

Studies have found differences between how people of different ages and different lingual abilities process language, as well as observing differences arising from the complexity of a language, and differences in each person’s comprehension level depending on the type of communication – people can often understand and take part in conversation more easily than they can read or write a second language.

Thinking is hard work! Especially in another language

By weight, brains consume more calories than other parts of the human body: approximately 20% of our bodies’ resting calories. And, incredibly, thinking hard – by having to translate a language ­– can actually increase the brain’s call for energy.

Therefore, it’s easier and less effortful to understand your mother tongue than another language. That means not just the language and vocabulary, but the terms and colloquialisms used by fluent speakers.

For example, a lot of business and management terms are taken from US English, but they may sound like jargon to British ears. If you’ve ever witnessed the exchange of business cards in Japan or attended a meeting with a group of Germans and Americans, you’ll have noticed the cultural differences too.

Japanese businesspeople have a short ritual around the giving of business cards and afford them much more respect than other cultures tend to, giving them a quick look then shoving them in a pocket. And what may be considered small talk and a polite enquiry after a colleague’s family to an American may be seen as an intrusive waste of time to a German.

Being trained in a different language can mean that workshop trainees miss out on some of the subtler aspects of the course or that certain aspects don’t apply to their culture. We want to overcome those barriers and make our training as effective as possible. Our aim is to deliver multi cultural security awareness training around the world.

We have our own cultural language oddities here in the UK, and many people will have seen the ‘What Brits really mean’ table on the internet, which includes:

Cultural difference can have much more serious effects too. In his best-selling book, Outliers, Malcolm Gladwell studied the black box recordings retrieved from aeroplane crashes to try to work out why a Korean airline suffered from so many. What he found was that the airline didn’t have faulty planes or procedures, but that hierarchy is so well-defined and respected in Korea “in a way that would be unimaginable in the US”, no one ever suggested that the captain should change his course of action even if they knew it was wrong. With devastating results.

Our Re-thinking the Human Factor workshops are proving very popular to help infosec professionals understand the human side of creating organisation-wide effective behavioural and cultural change to their security awareness programs.

We’re now actively looking to build a network of associates to attend the training then deliver it in their own countries in their own languages so that attendees can:

The central idea is to maximise learning, lower the effort required of trainees who don’t speak English as a first language, make the training more effective and give all infosec professionals access to multi cultural security awareness training.

To find out more about becoming an associate feel free to get in touch with any questions, or how about joining us in Brussels in May?